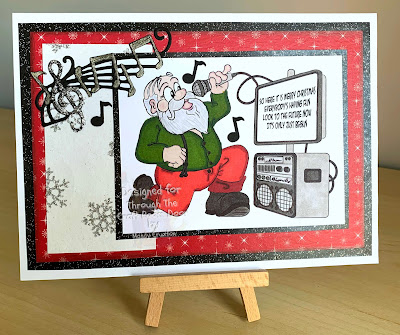 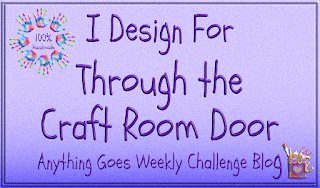 The sponsor for this challenge is Dr. Digi's House of Stamps
There is a prize of 2 digital images from the store for the lucky winner. 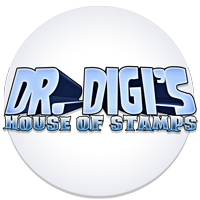 I chose to work with this cool image Karaoke Claus. We have a long time friend who is a massive fan of a karaoke, has themed parties and sings regularly at a pub local to him. I thought it would make a fabulous Christmas card for him. He has the same greying facial hair too as Santa... not the paunch though!

The image has been coloured with a combination of Promarkers, Spectrum Noir and a Sharpie ultrafine black marker.

I have used some black paper with silver sparkles for matting. The red patterned card is the inside of a Christmas card that I have recycled. The sparkly snowflake paper is a wrapping paper from Paperchase. It is a thick handmade paper with loads of glitter on it. This sheds quite a bit so I was covered in it. I don't mind as it just makes me more sparkly than normal. Hubby just laughs at me in despair sometimes LOL.

I love Crafter's Companion products and from time to time they do some amazing clearance bags with dies, stamps and embossing folders they are clearing out from their warehouse. The musical notes die came with this. It is quite large so I trimmed part of it down. 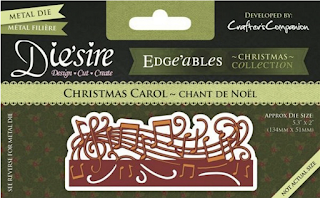 I used some Stickles glitter glue to highlight the treble clef and a Sakura clear glitter pen for the rest of the notes.  As a finishing touch I used a very old punch to cut some musical notes.

Our challenges at Through the Craft Room Door are always Anything Goes so easy to enter. I hope you will join us.